Posted by Traveling Black Chick on October 6, 2011 in The World out There!, Uncategorized

Yes the Fall weather has smacked us in the face…it is cold! It’s warmed up now and it’s gonna get hotter cause there is soooo much great stuff happening in Toronto right now!. These are few of the places that the Traveling Black Chicks are gonna be!

First on our Docket of course is our Film Adventures on the African Continent. We love the African continent. All of us have visited some part of it; others of us were born and raised there. So we are excited to explore it with you on the big screen. We start officially on November 2nd but if you happen to be around on October 12th, feel free to join us at Toronto Underground Cinema, as we screen some films and get your feedback on what you want to see and learn of Africa! 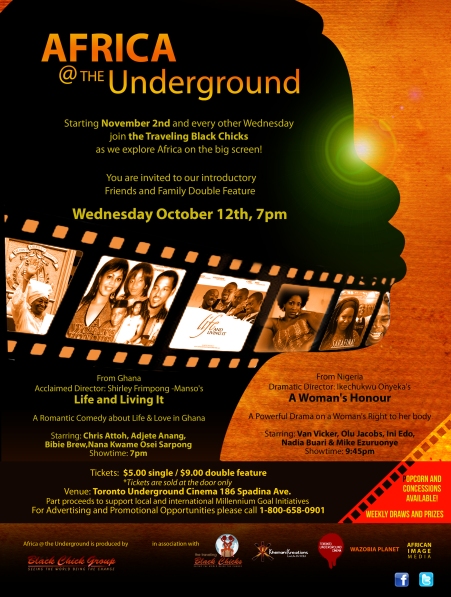 We are so thrilled to Explore Africa with you…Come join us! 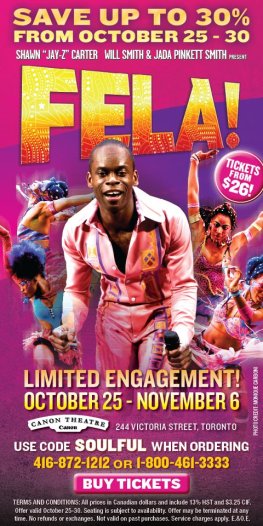 Can’t wait to See this! Get your tix people it’s gonna be Great!!

FELA! is the true story of the legendary Nigerianmusician Fela Kuti, whose soulful Afrobeat rhythms ignited a generation. This triumphant tale of courage, passion and love, features Fela Kuti’s captivating music and the visionary direction and choreography of Tony-Award® winner Bill T. Jones.  FELA! will be playing at the Canon Theatre in downtown Toronto October 25th – November 6th, 2011. There are some deals on the tickets as well. So check it! 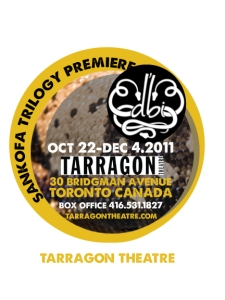 No Doubt this will be Powerful!

There is no doubt that D’bi Young performing her Sankofa Trilogy will be nothing short of brilliant. 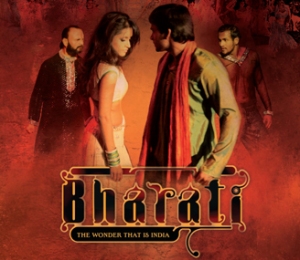 This Show looks like it could be a grand spectacle!

It’s no secret that some of us are in love with Indian Culture! So we are definitely going to check out this grand journey of India, called Bharati!

BHARATI is a live music and dance spectacle which journeys through the colours, scents and flavours of India.

Raised in the U.S., Siddharth returns home, cynical of all things Indian. In spite of his contempt, Siddharth is attracted to the mysterious and elusive Bharati. As she re-introduces him to the wonders of India, Siddharth – who had come to cleanse the Ganga of its pollution – ends up discovering himself and the meaning of love in a powerful story of homecoming.