We found Ourselves on the African Screen!

Posted by Traveling Black Chick on October 11, 2011 in Inspired Journeys, The World in Here, The World out There!, Uncategorized

We are up very early a lot of nervous energy in our bellies. Why you ask? Well because today is actually just 1 day before we do it! It should be no big deal right? it’s just movies, and well maybe only a few people will come and that’s ok at least we finally DID it!!! Still very very nervous but also very excited. We truly hope you will join us…if not for tomorrow’s sneak peek then at least somewhere down the line we hope you to will come experience the African world on the big screen.

For the Traveling Black Chicks it is about so much more than just showing movies. For us it was the beauty of seeing ourselves being reflected back to us by people who look like us. The black woman is not singularly defined or portrayed as angry or bitter, fat or ugly. She is desirable, beautiful, smart, sneaky, manipulative, crazy, funny, interesting, intimidating, gentle, kind; in other words the black woman is just a woman. Further we were not the token black girl or the friend hanging on to the popular star with no lines. We are the main ISH starring alongside handsome and strong black brothers who love us to distraction even though that distraction sometimes lead them into temptation. We were all kinds and we were totally adored, or not, simply for being; regardless of the role, black chicks like us were the ones starring in it!

A Black chick takes the lead!

Interestingly we sometimes even found physical and familial similarities. Like one actress whom we simply refer to by one of our friend’s name because they look so much alike and in her roles she is soo very similar to our friend. Or the grandmother or mother on-screen who would say and act almost exactly like our own real grandmothers; I have no doubt that my relatives are from the western coast of the African continent, and the grand-aunt who raised me was a direct descendant of Nollywood star Patience Ozokwor essaying the role as the mother in the classic Nollywood film Blood Sisters. 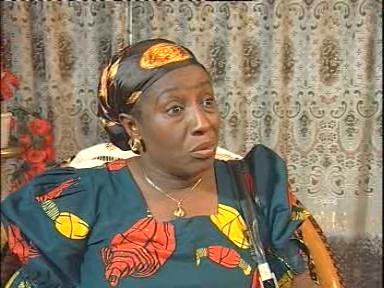 Once we discovered African Cinema, mostly Nollywood (Nigeria’s film industry) and Ghollywood, (Ghana‘s industry) to begin with, we literally feasted on these movies for about a month straight watching up to 3 to 4 a day. No that’s not all we did with our lives, and technically we were’working’ lol, let’s just say we were hooked! Even at that rate we understand that we have not even scratched the surface. There are millions of films from Nigeria alone. Not to speak of South, North and East Africa and the rest of the African world!

Believe us when we tell you it’s not all perfect, there are some great ones and then there are the bad ones. There are some great actors and then there are others that made us wonder how exactly they made it on the set. Sometimes the quality of the films are lacking considerably; from the sound to the direction to the story. Yet at other times it was like looking at a hollywood blockbuster. Regardless of the shortcomings we found ourselves going back for more, even after a particularly terrible one we would start to miss those 3 and 4 part films about life in an African metro or village.

In African Cinema the black men make it ALIVE!

We discovered that despite all that may be challenging about some of these films there is a lot to be proud of, there is a lot that we connected to and there is enough that we wanted to make some noise about it. Therefore we are choosing to do just that, make some noise about it. We are choosing to let other black chicks find themselves on the African screen, for our black men to finally get to see various images of themselves and actually make it through the whole movie, dare I say ALIVE!. We are choosing to go to cinema where the perception of beauty reflects us in all our shapes, sizes, phenotype and personalities.

So how about it? Why don’t you come join us? We can’t promise you perfection but we can promise, all the reasons you enjoy cinema as an art form. Laughter, tears, anger and definitely some joy, you will get that and most of all the great stories of African life told through the lens of Africans!

← Something of Beauty….One Day Soon
333. The Most Powerful Album this year! ANYWHERE! →