333. “If Some us are not free, then none of us are free. Equality for Everybody”

Posted by Black Chick on December 2, 2011 in The World in Here, The World out There!, Uncategorized 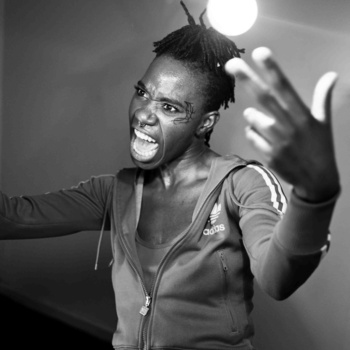 Funny enough this track from D’bi Young’s upcoming 333 album reaches wider than the scope it takes in the lyrics.’begging is a ting’, speaks to society’s treatment of those who are most vulnerable among us. Those who find themselves in the unfortunate position of having to beg for their daily bread. D’bi comments on the increasing criminalization and ostracism of beggars. Have a listen below.

begging is a ting
lyrics by anita stewart & d’bi.
vocals by d’bi
produced & arranged by mandiemafu

For me the scope of this track goes even further, because even those of us who do an honest day’s work can sometimes find ourselves in the unfortunate space of having to beg to get paid. How many artists can relate to being asked to do work, good work, important work but have found themselves in the very uncomfortable position of having to ask (read beg) to get paid for the work. I was having a conversation just the other day with a fellow black chick…who’d been asked, even pleaded with to take on a job. After agreeing on a fee, she did the work, exceptionally well and above standard. Now it’s time to get paid and she finds herself sending emails, making phone calls asking for her fee only to have the deafening sound of silence be her answer. How is this possible? In this case the fact that she has to even ask to get paid is the true crime here. ‘Begging is a ting’ indeed.

333 launches on Monday December 5th. In Toronto the live launch event will be taking place at the Lula Lounge.  She is also doing her final shows in the Sankofa Trilogy a powerful series of one womban shows written and performed by D’bi herself now playing at the Tarragon Theater in Toronto. Read and click on Flyer below for more details.

d’bi. is a jamaican–wombanist–warrior–artist, internationally celebrated for her unapologetic explosive consciousness on &off stage. her new album 333, is a cross-continental collaboration with 3 south african producers. the lp is a love letter to all dancehall queens, queers, and questioners of the status quo. a courageous celebration of life and love, 333 is d’bi’s best dubpoetry to date.

← 333. SPREAD AIDS AWARENESS. STOP THE STIGMA.
National Day of Remembrance and Action on Violence Against Women →