Posted by Traveling Black Chick on October 28, 2014 in The World out There!, Uncategorized

25 years ago neither Canada or the Royal Ontario Museum (the ROM) were thoughts on my mind. I was still in high school on a beautiful hot island in the Caribbean, weaving my way through teenage angst and crashing head first into first loves and hormonal changes. 25 years ago however, in the largest city in the Great White North (soon to be my home), and on the sidewalks of the Royal Ontario Museum trouble was afoot.

You see the ROM opened an exhibit called Into the Heart of Africa, nothing too exceptional about that really except that this particular exhibit would turn out to be a landmark exhibit for all the wrong reasons. One that speared its way into the heart of museum cultural curation and as I understand it, probably forever changed the perception of the Black [African] presence in  Canada or at the very least Toronto. 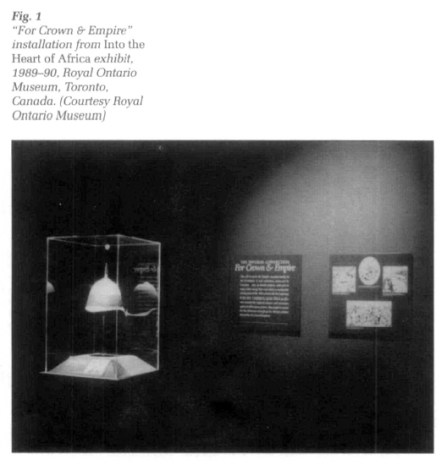 The Into the Heart of Africa exhibit opened in November 1989 and by March 1990 protesters led by a group called the Coalition For the Truth about Africa (CFTA) were calling for its closure. Mostly due in part to what the group called the exhibit’s racist view and representation of Africa. To hear it told many from all walks of life and backgrounds brought friends and family to march in peaceful protests on the steps of the ROM asking for certain demands to be met. Most notably that the exhibit be shut down given its denigrating content, images, text and tone about the people and continent of Africa.

For their part the ROM contends (till today) that the Exhibit was not racists and the intent of Jeanne Cannizzo, the curator, was to denounce colonialism and criticize white Canada’s attitudes to Africa. To that end The ROM refused to shut down the exhibit. The police were eventually called in to deal with the ‘radical black’ protesters. Chaos ensued,  13 were arrested, 11 were charged (later to be referred to as The ROM 11) faced trial and some were jailed for various charges including disturbance of the peace. The exhibit eventually closed in August 1990 and subsequent showings at museums in Vancouver, Los Angeles, Ottawa and Albuquerque were all cancelled.

Some very deep wounds formed some 25 years ago and the trust between the ROM and some in the African Canadian community in Toronto, certainly for many who were a part of the CFTA and especially those who led protests had been broken. 25 years later, in a moment seemingly designed by fate herself the twain(s) were forced to meet, as the ROM’s centenary celebrations happens to fall in the same year as the 25th anniversary of  Into the Heart of Africa  and its resulting protests.

A project called Of AFRICA: Histories, Collections, Reflections was conceptualised by independent curators Dr. Julie Crooks and Dominique Fontaine who worked in tandem with ROM curator Dr. Sylvia Forni to bring it to fruition . The project seems an attempt to redress and /or address the concerns brought to the fore by the CFTA protests. A sorta kinda apology, sorta…kinda.

In its  brochure, OF AFRICA: Histories, Collections, Reflections is described as ‘a 3 year multi-disciplinary program. [It] is a commitment to provide a space for continued presence of African and diasporic themes, histories and artists within the ROM’s programming for the benefit of all Ontario audiences…OF AFRICA interrogates monolithic representations of Africa, collections and colonial histories by broadening the discussion of what constitutes Africa and African art….It encompasses Lectures, Live Performances, exhibits, workshops, film screenings, residences , educational programs and selected partnerships with other cultural institutions.’

OF Africa opened on Wednesday Oct 23rd, with a private reception that brought together former members of the CFTA, head honchos from the ROM administration and other invited guests. I was not there, however I am told it was a very powerful and impassioned gathering. A great read on the night with even better historical context and interviews can be found here. 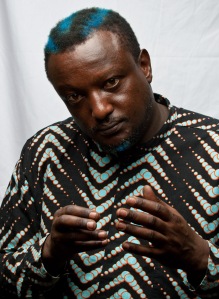 Thursday evening saw a keynote and Q & A  with the erudite Kenyan author, publisher and cultural worker Binyavanga Wainaina . His presentation titled ‘I am an Imaginer Riding Africa’s Glorious Terrible Hurricane‘ sought to elucidate the contradictions that define the Africa now rising. Wainaina read from some of his works including his introduction to Kujo Laing’s 1989  book Such Sweet Country, and from his own most recently published work One Day I’ll Write about this Place.

The Q & A led by Dan Yaw  was rather interesting and depending on who you spoke to, was either brilliant or frustrating. For me it was a bit of both as I felt that the interviewer may have been missing the mark of the intended focus of the interview, and as a result might have frustrated his interviewee into a sort of cat and mouse, talk around the topic but not about the topic type of discourse. One could argue however that for all intents and purposes the interview style was typical of what is expected at these ‘conversations with…’ events. Such that excerpts from Wainaina’s book were used as reference and focus points meant to lead into a deeper conversation about the current state of affairs in contemporary Africa. In part this style worked, for there were some sparkling moments where Binyavanga regaled the audience with vivid stories about the everyday goings-on on the streets of African cities. Examples included one about the complexities of the lives of those who fill the numerous ‘Churches’ that line the streets, and another about the maddening  intersections of African lives on Wattsapp. That being said,  I felt a more direct approach, with specific questions about the definition of, and what could emerge from ‘Africa’s Glorious Terrible Hurricane’ may have probably been a preferred and more suitable approach.

For certain I believe those of us in the audience caught a glimpse of the genius that is Binyavanga – named by Time Magazine as one of the 100 most influential people in the world – he is more than passionate about the Continent and hasn’t the patience to mince words about Africa’s very real and present contradictions. I like that he is not one to be led. He is a consummate storyteller and so one would never get a straight answer to a specific question. Instead I felt that he challenged the audience (whether intentionally or not, I’m not sure)  to glean their own answers out of the brightly colored images painted for us by his multilayered stories about his own existence and that of the 1 billion living in today’s Africa.

Thursday’s keynote also formed part of the ROM 100 Speaks lecture series and was capped by a wine and cheese reception at the end. Turns out my night had only just begun, for when asked, I happily tagged along for drinks and dinner with the author and friends. Sure enough conversations about contemporary Africa continued in earnest and overflowed well into the early hours of Friday morning. Overall it was a beautiful evening out and very very eye opening evening of Africa!

A two day symposium on Friday and Saturday completed the Of Africa:Histories, Collections, Reflections event. I attended day 1 and a bit of day 2. My impressions of the ‘Learning from into the Heart Africa‘ panel discussion from day 1 will follow in a subsequent post.

P.s Check out the ROM on Friday nights for #FNLROM it’s a damn good party! Only happening till November 28th though so pick a Friday and check it out! 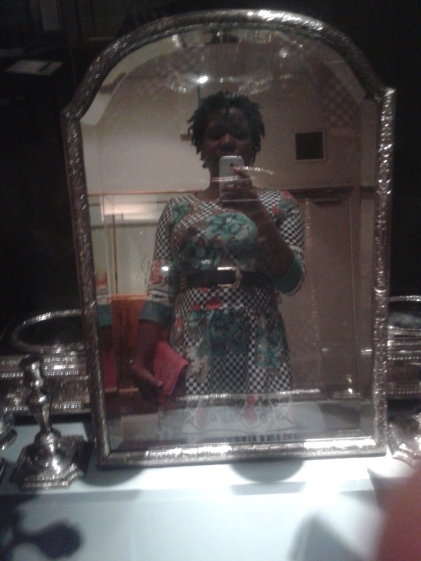 Till next time I am yours as always

← LIVE!
I checked a bully…male micro-aggressions →